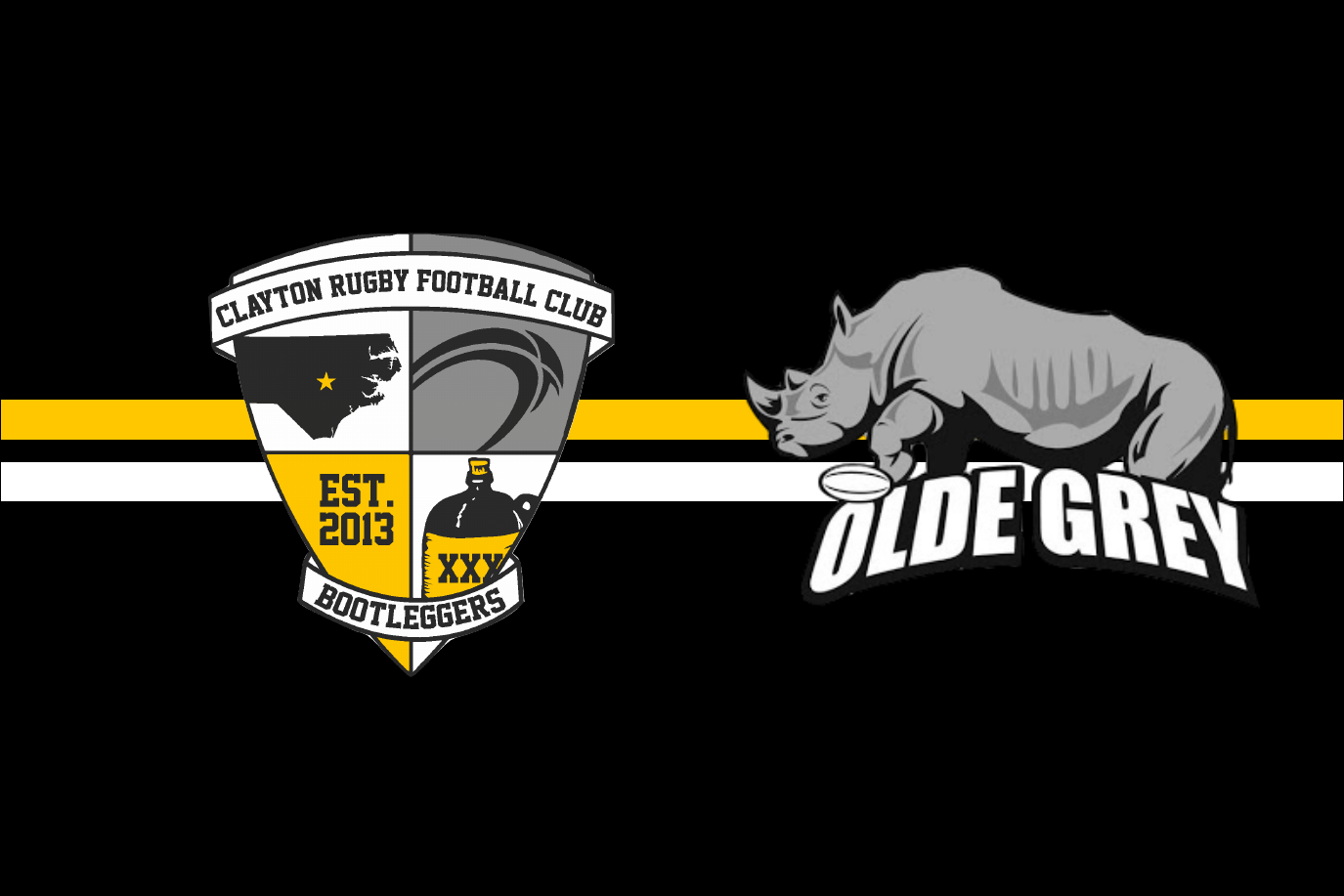 COLUMBIA, SOUTH CAROLINA – This past Saturday, the Clayton Rugby Football Club traveled south of the border to pay a visit to Columbia Olde Grey for a double header of rugby. The club’s 1st XV opened up the day with a massively important Carolinas D3 tilt against a Columbia side that is vying for another trip to the CGRU playoffs. That match was followed by the club’s 2nd XV taking on Columbia B in a friendly match.

The action in the 1st XV match was hot and heavy from the opening kickoff. Both sides were intent on gaining the upper hand and the hits were hard. Columbia struck first with a converted try in the 5th minute. Clayton answered back in the 8th minute when center Adam Avate hit a nice line and raced in for a score from 20 meters out. Scrum half Brendan Fitzpatrick added the conversion to even up the match. The heated start set the tone for a highly entertaining match between two evenly matched squads.

Olde Grey struck again in the 13th minute with another converted try to stake a 14-7 lead. As with the previous score, the Bootleggers struck back quickly as they probed deep into Columbia’s half. Just meters out from the goal line, prop Chris Parker barreled through the defensive line to score. The conversion from Fitzpatrick knotted the score at 14-14 midway through the first half.

It wasn’t long before Columbia took the lead again as they added an unconverted try in the 22nd minute. The two sides settled into a period of possession exchanges over the next ten minutes with the Bootleggers beginning to win the territorial battle. Pinned deep in their half, Columbia attempted to clear but couldn’t find touch. Clayton fullback Cam Grim fielded the ball just inside the 40 meter line with open field in front of him. Grim raced into the corner for a score to tie the match at 19-19.

The hectic pace of the first half settled down as the two sides tightened up their defenses to start the second half. It was almost midway through the second half when Columbia took back the lead with a converted try. The final quarter of the match proved to be one for the history books. Having just relinquished the lead, Clayton were put under more stress when flanker Patrick Doyle was sin binned in the 63rd minute. Olde Grey took advantage scoring three tries in a matter of nine minutes to stretch their lead out to 43-24 with just over five minutes to play.

With a loss imminent, the Bootleggers amounted a comeback for the ages. They struck back with a 76th minute try from Gareth Davies that was converted by Fitzpatrick. On the ensuing kick off a Columbia player was yellow carded which opened the doors up for a comeback.

Davies added another try in the 79th minute that went unconverted to leave the score at 43-36 in favor of the home side. With a losing bonus in hand, the Bootleggers took the restart with no time left on the clock. A break from wing Jeffery Felix nearly resulted in a score, but Columbia denied him just meters from the goal line. The visitor’s showed patience as they went through multiple phases through their forwards. It was Davies again on the receiving end as he finished off the final try. Fitzpatrick added one last conversion to give the 1st XV a well earned 43-43 tie.

While not a victory, the Bootleggers came away from a tough road match with three points in hand with a tie and try bonus.

“This is exactly the kind of heart we’ve been looking for all season,” added Bootleggers’ Captain Davies. “The guys didn’t give up when we were down. It wasn’t a win, but we’ll take it. We’ve had two tough road trips in a row, so we’re happy to come away with this result.”

The tie leaves the 1st XV record at 3-2-1 and 1-1-1 in Carolinas D3 play. The squad returns home next weekend to host Fort Bragg in their final conference game before the holiday break.

The 2nd XV then closed out the day by taking on Columbia B in a friendly match. Columbia put the Bootleggers under pressure for much of the match and found room to run through their backs. Olde Grey crossed over four times in the first half as they took a 20-0 lead into the break.

The second half was much of the same as Columbia kept the Bootleggers pinned in their half and then used their backs to spread the field. The 2nds lone try of the match came in the 44th minute when Hardy crossed over for a try. That was all that the Bootleggers could muster as Columbia finished the match with a comfortable 42-5 victory.

The loss drops the 2nd XV record to 2-2 on the season. They play host to New Bern next weekend in a Carolinas D4 match.