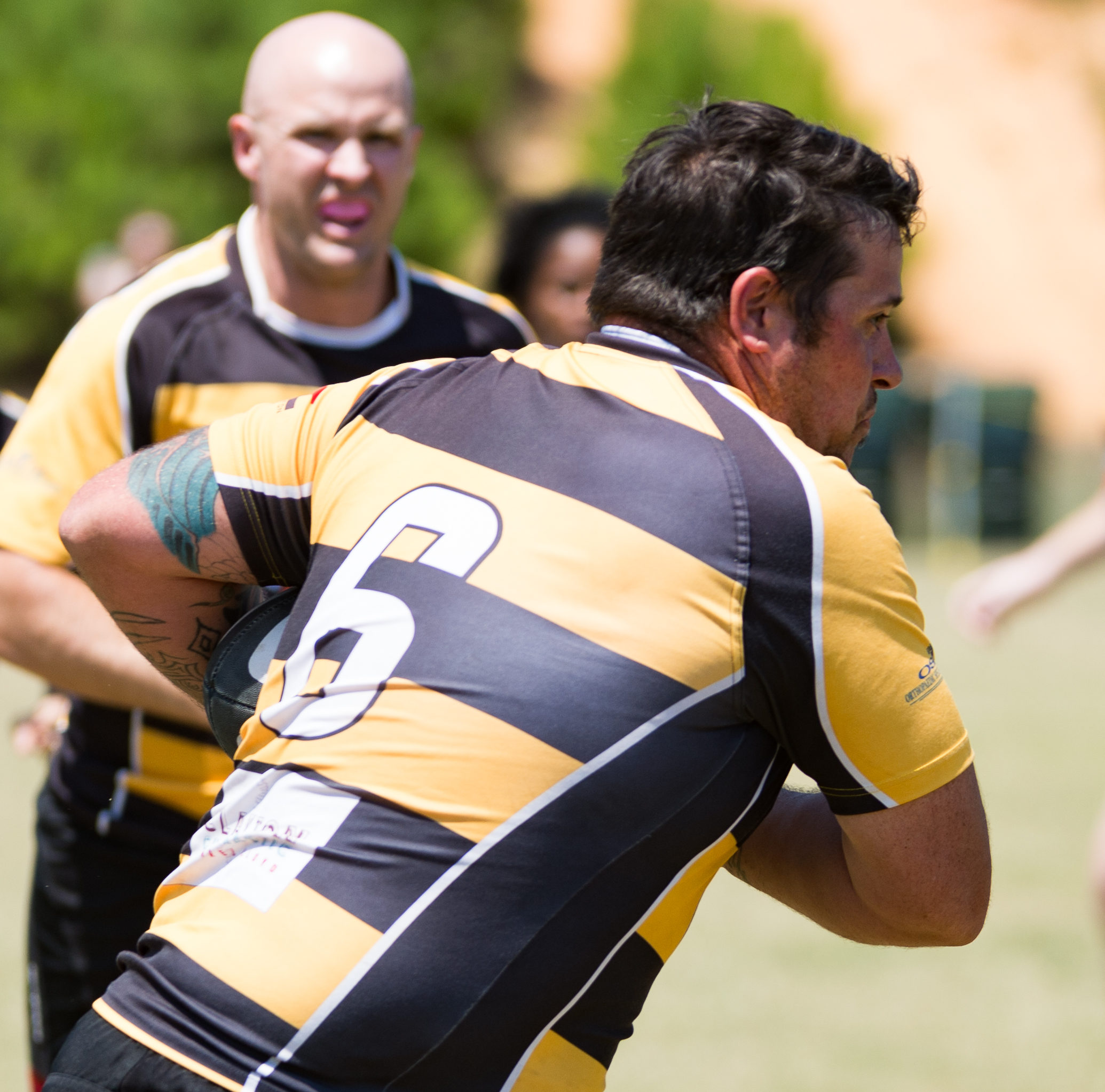 CHARLESTON, South Carolina – This past Saturday the Clayton Bootleggers hit the road to visit Charleston for the first time in club history. The trip also posed a new challenge for the Bootleggers as both the 1st XV and 2nd XV were playing in Charleston, except in two different locations at the same time. Not an ideal situation for a long road trip, but the club made the most of it.

Unfortunately, only the 2nds came back from South Carolina with a victory as the 1st XV fell to the Charleston Outlaws, who dropped from Division II to Division III this season. The 1st XV put themselves under pressure early and the Outlaws were happy to take advantage of the penalties and mistakes that the Bootleggers were offering up.

Despite dominating set pieces throughout the match, the Outlaws kept the visiting Bootleggers on the back foot most of the first half with strong running lines, offloading, and constant pressure. The Outlaws ran in four converted tries before the Bootleggers got on the board after a try from Cam Grim. That was all the 1st XV mustered in the first half as the Outlaws pushed their lead out to out to 47-5 by the time the half came rolling around.

The second half started off on the right foot for the Bootleggers as they began to maintain more possession and gather some territory. An Eric Hile try early in the second half gave a glimmer of hope to the visiting side as they set sights on pulling out a bonus point. As the match reached the final quarter, the continued pressure from the Outlaws took a toll on the Bootleggers. The Outlaws finished strong as they nailed down a 71-10 win over the Bootleggers 1st XV.

The loss was reminiscent of a similar match against Asheville last season for the Bootleggers. The squad regrouped after that match to finish off a great season.

“We didn’t play well at all,” said head coach Ed Dixon. “We put ourselves under too much pressure and they cashed in on the mistakes. We didn’t make it very hard on them. We are better than the effort that was put forth out there.”

The loss drops the 1st XV’s record to 3-2 on the new season and 1-1 in Carolinas Rugby Union Division III play.

The Clayton 2nd XV fared much better in their Division IV match against the Charleston Blockade. The 2nds came away with a 39-19 win behind a strong effort led by 2nd XV Captain Jim Bartles. Aside from Bartles, the rest of the 2nd XV was made up of first or second year players.

Jeff Barley extended the visitor’s lead in the 26th minute with his first career try. The Blockade answered that score with a 30th minute converted try to set the score at 17-14 where it remained the rest of the first half.

Doyle added his second try of the match just after halftime to give the Bootleggers a 22-14 lead. Barley added his second try in the 62nd minute as the 2nds extended their lead to 27-14 as the match went into the final quarter of play. Kevin Masterson added his first career try in the 65th minute and Jeremy Doyle added another minutes later as the Bootleggers took a commanding 39-12 lead into the final ten minutes of play.

The Blockade added a last minute score to place the final score at 39-19 in favor of the visiting Bootleggers.

“It was an absolute pleasure leading them,” added Bartles. “It was a clean and respectable game. The guys didn’t lose focus when the Blockade got within a try of us. There was great communication, great lines being run, and a lot to be proud of with the effort.”

The Bootleggers 2nd XV now moves to 2-1 on the season and 1-1 in Carolinas Rugby Union Division IV play.

The Bootleggers get a couple of weeks off before the 1st XV heads to Columbia for a pivotal match on November 2nd. The 2nd XV opponent for November 2nd is to be announced. The club then returns home on November 9th for a double header as the 1st XV takes on Bragg Rugby and the 2nds host New Bern.