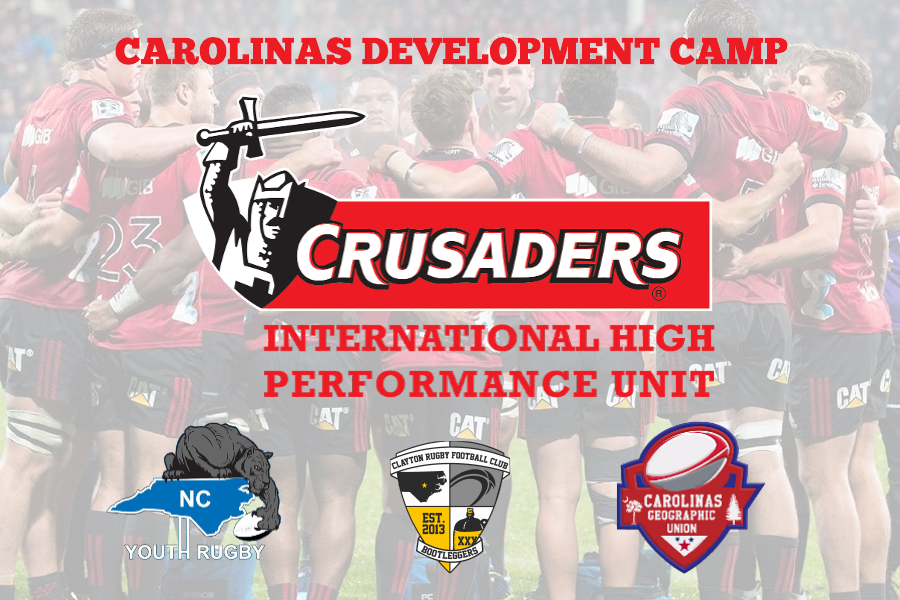 CLAYTON, North Carolina – Coaches from one of the most successful professional rugby teams in the world are paying Clayton a visit. At the end of the month, Grant Keenan and Tony Flay from the Crusaders’ International High Performance Unit are coming to Clayton for a coaching and player development camp. The legendary Super Rugby side from New Zealand has won a record ten Super Rugby championships including the last three titles in 2017, 2018, and 2019. The duo are in town for a two-day camp scheduled for September 29th-30th.

Hosted by the Clayton Rugby Football Club, the camp is sponsored by the Carolinas Geographic Rugby Union and North Carolina Youth Rugby Union. The two days focus on coaching and player development which are two areas that are high on the list of priorities for both unions and their leaders.

‘Our objective always is to instill the “Crusader Way” in our players/coaches,” said Flay. “We focus on the smallest details in order to master the skill with power/pace/precision. Then these basic skills will become second nature in order to be a competitive rugby player.”

The two days of development sessions are broken into two segments. Sunday is the on the pitch portion of the camp as players are run through the paces with coaches observing and working with both Keenan and Flay. High School Boys and Girls are scheduled for the morning and then Club Men and Women in the afternoon session. There is a cap of 50 players at each of the Sunday sessions.

Coaches from CGRU and NCYRU clubs are invited to observe and interact at both sessions. There is no limit on the number of coaches that can attend. Monday night is a coaching round table session and dinner with the Crusaders coaches.

Registration for the camp is FREE for players and coaches that are registered with CGRU and/or NCYRU clubs.

“We’re blessed to have Tony and Grant joining us for a couple of days,” said Clayton RFC President Ted Hardy. “Their visit in January to the Carolinas was well received by all that participated in the camp. They are a pleasure to have back as they aren’t just here to coach. They are also spreading the culture of rugby and the Crusaders. I hope that players and coaches take advantage of this wonderful learning opportunity and use it to further their development.”

“Grant and I are very excited to be heading back to the Carolinas and hope to have an impact on players wanting to get their game to the next level,” added Flay. “Additionally empowering the coaches to deliver a stronger/consistent message to players and assistants. It’s always our mission to help players/coaches become the best version of themselves on and off the field.”

The Crusaders High Performance development sessions are taking place on September 29th and on September 30th.