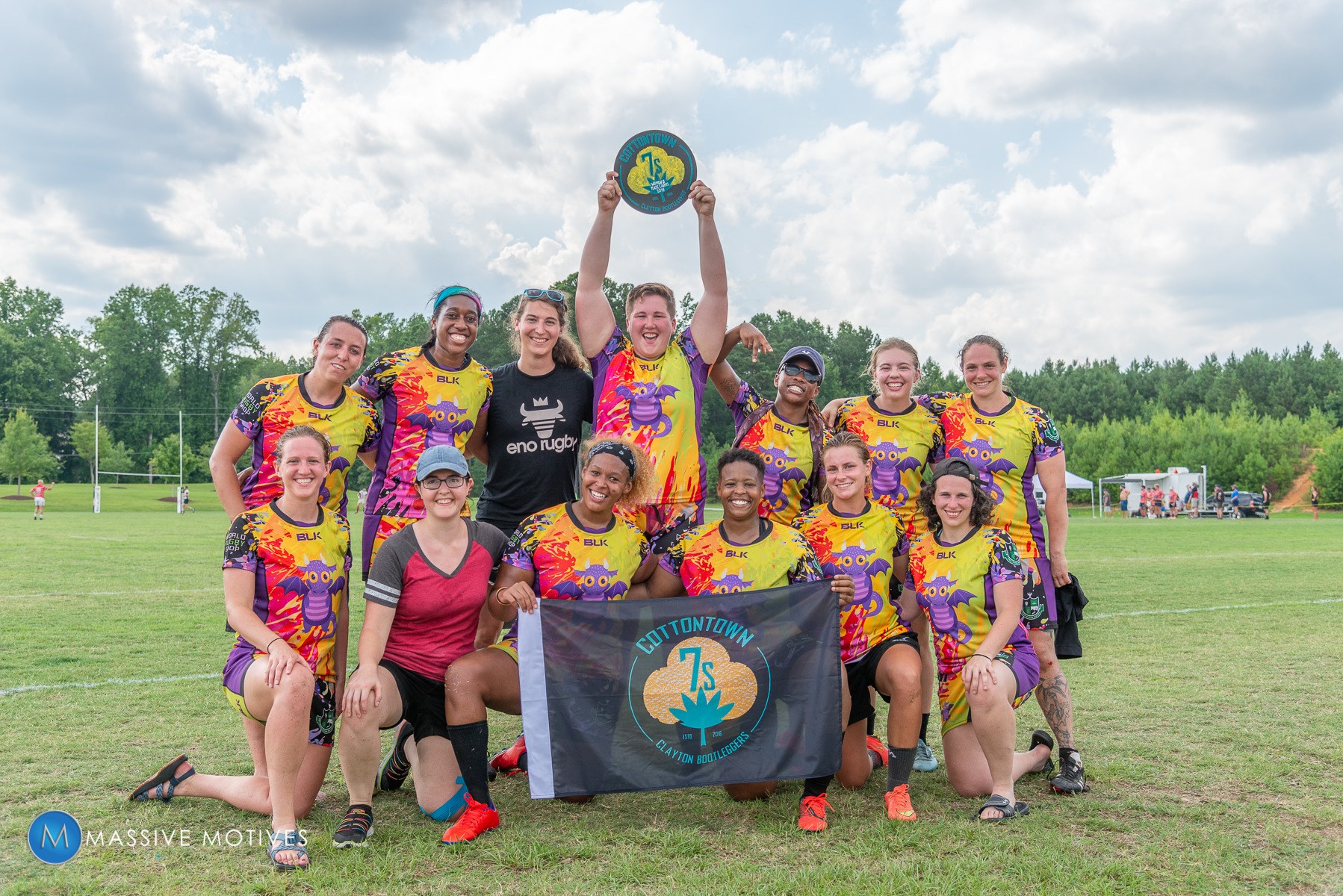 CLAYTON, North Carolina – The Clayton Rugby Football Club is excited to announce that registration for the 5th Annual CottonTown 7s Rugby Festival has opened. Scheduled for July 10th-11th, 2020 the tournament has become one of the most well attended events on summer 7s calendar in the southeast. The 2019 CottonTown 7s brought 27 teams, over 300 players, and nearly as many fans to Clayton for the day long event.

“Given recent events, we’re happy to start looking ahead to the CottonTown 7s,” said Club President Ted Hardy. “We’re ready to put the coronavirus behind us and get back to rugby. We are still concerned with what is happening around us and plan to follow all precautions, but we need to move forward with planning. We’re hopeful that the playing ban is lifted well in advance of the tournament and we get to share a fun rugby weekend with all our visiting clubs.”

The Men and Women’s divisions on Saturday are being limited to only eight teams per division and are joined by newly added Men and Women “Super Social” divisions. The CottonTown 7s, at heart, is a social tournament, but over the years the Men’s and Women’s divisions have become increasingly competitive. The addition of the Super Social divisions is geared at Old Boys/Girls teams, B sides, and truly social clubs. The Clayton RFC is going to monitor registrations to make sure clubs are sorted accordingly. The changes also allow for a more clear pathway to the knockout rounds.

“It will make life quite a bit easier on our volunteers that oversee the scores and brackets,” added Hardy in reference to the changes to the format. “Calculating and seeding the knockout rounds can get confusing and we don’t have a lot of time to work out those details at the event. This format should save us time and provide an easier to understand format for our teams. It also helps us create a bit more space for teams to play in the tournament without having to sacrifice the High School divisions.”

Along with the action on the pitch, there will be food trucks, concessions, tournament/rugby merchandise, and games at the event. The fan favorite giant inflatable dartboard is going to be back for another season to entertain players and fans during the intermission on Saturday. Field 1 from the tournament will also be streamed live on Saturday as it has been each of the past two years. The club is also working on a post-tournament bar crawl in Downtown Clayton.

Registrations for the 5th Annual CottonTown 7s are expected to fill up fast, so early registration is encouraged.