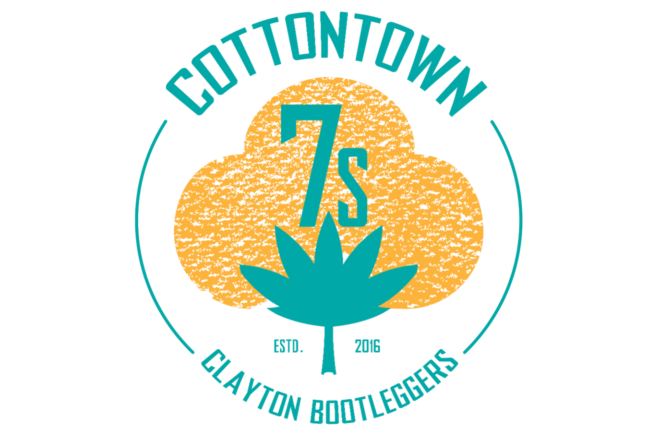 CLAYTON, North Carolina – This coming Saturday morning, 27 rugby teams descend on East Clayton Community Park for the 4th Annual CottonTown 7s Rugby Festival. The day-long event, hosted by the Clayton Rugby Football Club, has grown into one of the most well attended 7s tournaments in the region. The first event in 2013 brought in 18 teams which more than exceeded expectations. Since then, the tournament has hovered around the 30 team mark which is a number that pleases tournament organizers.

“If we really wanted to, we could push out to as many as 36 teams with 12 in each division,” said Clayton RFC President and tournament director Ted Hardy. “We are more than happy with staying around 30 though.”

The CottonTown 7s Rugby Festival has turned into a major production with countless hours spent by volunteers preparing for the event. Somewhere between 500-750 people have attended each of the past two years. Planning for the next year starts within weeks of the end of the tournament. Things begin to pick up pace around February and then gradually build until about a month out from the tournament when things hit full steam.

“This tournament has turned into a massive effort,” added Hardy. “The fact that teams keep coming back means we must be doing something right. It takes a huge effort from lots of people to make the tournament happen, but without the teams it wouldn’t matter.”

The tournament field for this season includes 27 teams, most of which are from North Carolina, but CottonTown has also drawn sides from both South Carolina and Virginia this season. Included in the returning teams are all three of last year’s champions. The Raleigh Redhawks (HS Boys), Raleigh Venom (Women), and Columbia Olde Grey (Men) are aiming to defend their titles. Teams from Clayton, including the host Bootleggers, came away as runners-up last year in both the HS Boys and Men’s Division.

“We have a great group of teams coming into town this year,” said Hardy. “Our HS Boys division is smaller than in past years, but the quality of the teams more than makes up for it. Our Men and Women’s divisions have a great mix. It’s going to be fun to watch. We hope to see a great crowd out at the park on Saturday enjoying the rugby and atmosphere.”

The field includes five teams that are making their first-ever appearance at CottonTown. Something which the club hopes to see continue, “It’s great to see some new faces. We certainly miss some of the clubs that aren’t here, but the variety is important to the sustainability of this tournament. We want every team to come back next year, but we also like having some new clubs in town. We plan to push a little harder to bring in clubs from outside of NC in the coming years to add to that variety.”

As with last year, the action from Field 1 at the tournament is being streamed live by Event Webcasting, a Raleigh based sports and event broadcasting company. The tournament will stream live via the Clayton RFC website, Facebook page, and Youtube channel. Highlights and full replay of the action will then be available on YouTube. The stream from Field 1 starts on the Clayton RFC website around 11am EST and then kicks off on Facebook around 1pm EST. The stream is going live in time for the key match ups as all of the Men’s and Women’s Cup matches are being streamed.

Aside from the rugby played on the pitch, hungry players and fans have the opportunity to try the new Redneck Taco Lab food truck. Kona Ice of Johnston County are also going to be on hand to keep everyone cool during what is expected to be a typical hot summer day in Clayton. Tournament and other rugby merchandise is also on sale throughout the day.

“We’ve been blessed with some wonderful sponsors this year for CottonTown,” added Hardy. “We absolutely could not continue to operate this tournament without their help.”

The 4th Annual CottonTown 7s kicks of this coming Saturday morning (July 13th) at 9am at East Clayton Community Park. Admission to the tournament is free and families are welcome.