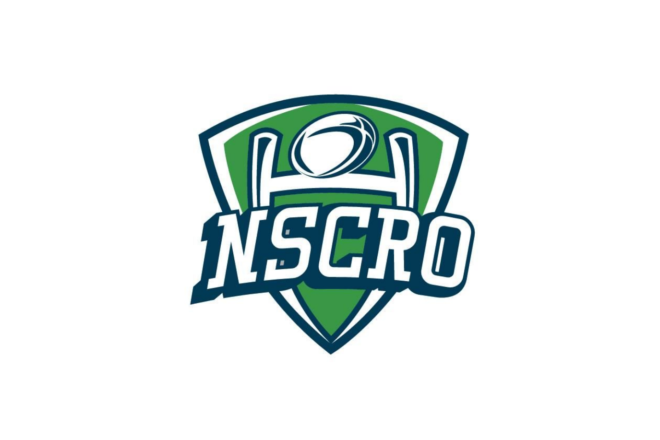 CLAYTON, North Carolina – The Clayton Rugby Football Club has been named as the host organization for the 2020 National Small College Rugby Organization (NSCRO) Men’s 7s National Championship. The tournament takes place Memorial Day Weekend at East Clayton Community Park. The two-day event brings together the top 16 NSCRO Men’s 7s teams from around the nation along with their travelling fans. The teams face off in two exciting days of rugby action to determine the NSCRO Men’s 7s National Champion.

“We’re honored and excited to team up with NSCRO again,” said Clayton RFC President Ted Hardy. “When they approached us about putting in a bid for the event we felt that it was an opportunity that we couldn’t pass on.”

With assistance from the Johnston County Visitor’s Bureau, the club put in a strong bid application and came away with the hosting rights. This marks the second event that the Clayton RFC has teamed up with NSCRO on in recent years. Clayton played host to the NSCRO Men’s Mid-South Region Championship in 2018. The Clayton RFC aren’t strangers to hosting large 7s tournaments either as their annual CottonTown 7s Rugby Festival averages close to 30 teams and hundreds of fans every July.

“I’m excited coming to North Carolina for the championship,” said NSCRO Men’s 7s Commissioner Ron Ziegler. “It should be a highly competitive tournament. I’m looking forward to working with Ted and the Clayton RFC.”

There are high hopes for a long term relationship forming between the Clayton RFC and NSCRO as the club prepares to move into their new facility later this year.

“This is exactly the type of event that we planned to pursue for the Johnston County Rugby Park and NSCRO is a fantastic organization to work with,” added Hardy. “We have our work cut out for us, but we’re going to do everything in our power to make a case to bring other NSCRO events to our new home in the future.

“In the meantime, we look forward to putting on a great event this year and showing off Johnston County to all of the visiting teams and their fans.”

The NSCRO Men’s 7s National Championship Tournament runs Saturday and Sunday May 23rd and 24th with the championship taking place on Sunday afternoon. The tournament is being live broadcast by Raleigh based Event Webcasting. General admission to the event is free while Admission to the VIP seating area is $10 for the weekend.

The National Small College Rugby Organization (pronounced “N”-SCRO) was co-founded by Steve Cohen and Chip Auscavitch in 2007 to organize the Division 3 and Division 4 college rugby national playoff system and continues to be run by Steve Cohen. These championships have become a vital part in developing collegiate rugby in the U.S. and are now known as the Small College National Championships. The best small college rugby clubs are just that and to refer to them as Division 3 does not fully recognize their level of play, commitment to the sport and accomplishments both on and off the pitch. NSCRO is the Home of Small College Rugby in America and we encourage all small colleges to participate in our playoff system.

The Clayton Rugby Football Club was founded in the Fall of 2013. The club is a community based Rugby Club within the Carolinas Geographic Rugby Union and a member of USA Rugby. The club currently fields two Men’s sides, an Old Boys team, two 7s teams in the summer, and a in-house youth flag rugby program each spring. The Clayton RFC was founded with the goal of rethinking the model of what a rugby club should offer it’s members and what it can provide the community as a whole. While the club actively recruits with the goal of expanding our playing numbers and level of competition, the true measure of the Clayton RFC’s success will be found in how we contribute to our community and how many new people we can introduce to the sport of Rugby Union.